Before 1850 the first Catholics living in Franklin Mills, Ohio, (later renamed Kent) were eight and a half miles east of St. Mary Church in Hudson which meant a long ride by wagon, coach or horseback to attend Mass. Sometime in the 1850’s, a priest from either Hudson or the cathedral in Cleveland said the first Mass in the home of grocery store owner and glass worker Johann Fiedler. As the size of the Catholic congregation grew, a visiting priest said Mass each week in the Kent Town Hall building, until even that space became too small.

Between 1863 and 1864, Kent and Ravenna were made separate parishes under the pastorate of Fr. Patrick Henry Brown (left) who set about the task to raise funds to build a Catholic church in Kent. As Fr. Brown raised funds, he welcomed a donation of land for the new church. Prosperous Kent entrepreneur Marvin Kent donated a parcel of land on what is today the north side of Portage Street. The church cornerstone was laid on July 14, 1867 and was fully completed by the end of 1868. Its steeple was 120 feet high. In 1872 Fr. Walter Gibbons purchased land on North Mantua Street for a Catholic Cemetery. 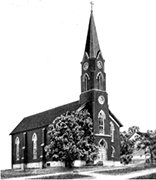 The parish acquired more land and continued to expand. Irish-born Fr. Joseph D. Bowles purchased property next to the church for a school, which he built during his second pastorate in 1881. English-born Fr. George Leeming built a larger school building of four classrooms around 1885 and a convent for the sisters in 1886. In 1902 Fr. Ambrose Graham built a new rectory on the corner of North DePeyster and Portage Streets, a building that still stands today. A new brick school of eight classrooms was built by Fr. James Nolan in 1924.

In 1953, Fr. George Mulroy built the present St. Patrick Church (right) on the site of a former vineyard on North DePeyster Street.

Several years later Fr. Mulroy built two additions to the school and in 1961-2 a new convent for the sisters. In 2003, Fr. Timothy Kenney built a gymnasium on the west end of the school. In 1993 associate pastor Fr. Michael Balash renovated the interior of the present church. Presently in 2013 fund-raising is underway to build a preschool building on church property on North DePeyster Street. 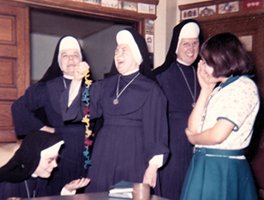 But St. Patrick Parish is so much more than its buildings. It is a vibrant community of faith built on living stones. St. Patrick Parish is a Catholic community that has spent its treasure on educating its children since 1881. The Humility of Mary Sisters (left) began and continued their educational leadership of St. Patrick School for a hundred years, and dedicated Catholic lay educators have continued this ministry after the sisters’ departure. For a hundred and fifty years St. Patrick Parish has been an agent of charity and outreach to those in need in the Kent community through organizations like the Catholic Total Abstinence Union of Ohio in the 1880’s, the Knights of St. John in the 1890’s, the Knights of Columbus Council 1411 founded in 1908, the Catholic Daughters of America founded in 1909, the Christopher Columbus Society founded in 1916, the Infant of Prague Guild founded in the 1940’s, the Legion of Mary (below) and the Christian Family Movement founded in the 1950’s, Operation Understanding founded in the 1960’s, Birthright in the 1970’s and many more that continue to this day.

These many past and present ministries, which are too numerous to name, have empowered the faithful people of St. Patrick to use their God-given talent and treasure to build up Christ’s Kingdom in our Kent community and beyond. Today we continue to make Jesus’ mission a living expression of our Catholic faith. 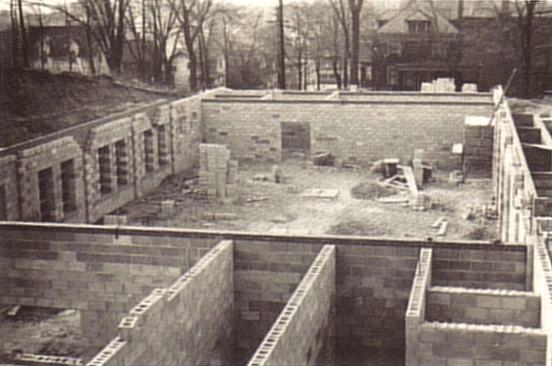 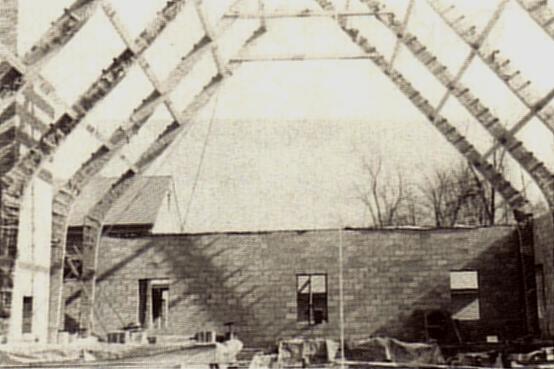 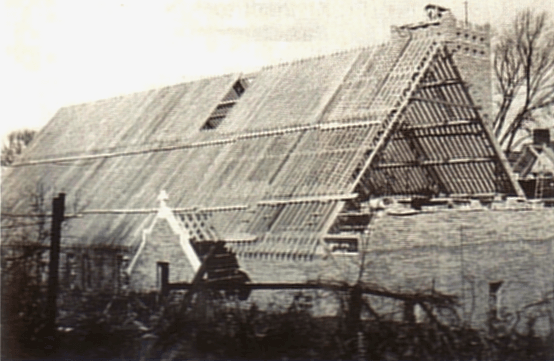 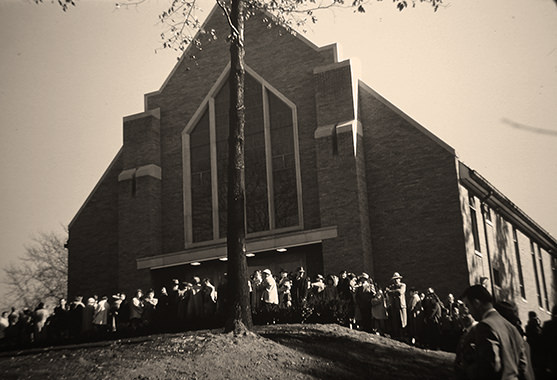 "Throughout the long and wonderful history of our parish, one thing has remained constant — the vibrant faith-life of the generations of people throughout the years who gave, and continue to give, witness to the presence and love of God among the family of St. Patrick."